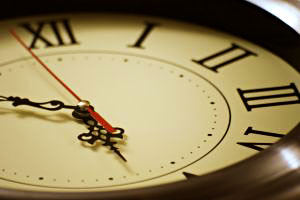 Procrastination is probably the single biggest success killer out there, as it affects everyone to some degree or another.

At first sight, it may seem something simple to get rid of, but telling a chronic procrastinator to just get on with it is like telling a heavy smoker to just stop: it just doesn’t work that way.

Procrastinators usually already know exactly what they should be doing. That’s why typical approaches such as ‘getting organized’ usually don’t work. Of course, there are several tools that do help, but the fact is that procrastination is a complex psychological behavior and, as such, should be tackled at the psychological level first.

We engage in mental dialogs with ourselves all the time. Just like when talking to other people, paying attention to how we talk to ourselves is extremely important if you want effective communication.

When procrastinating, we often talk to ourselves like this:

Procrastinators try to force themselves into action by saying they ‘have to’ do some task. Despite the good intentions, this is the worst expression to be used if you want to get motivated into action. Sadly, it is also the most commonly used.

1. You Send Disempowering Messages to Yourself

When you say to yourself that you have to do something, there are many implicit messages that go along with it, such as:

These subliminal messages generate negative feelings such as stress, victimhood, resistance and confusion – all of them draining valuable energy from your brain.

2. You Put Yourself in a No-Win Situation

When facing a task you have to do, there are only two possible outcomes.

If you don’t do the task, you will be somehow punished by the environment or at least just by your own conscience. On the other hand, if you end up doing the task, you have the feeling you are making something against your will.

3. You Engage in Non-Productive Dialog

The ‘have to’ script is a behavior learned in your childhood. At that time, you had other people deciding most of your life for you – and in many occasions, the best explanation given when you argued was just “because you have to” – creating anger and frustration.

Now you just repeat those conversations, but playing both roles at once: the authoritarian and the victim. That just serves to drain your energy and drive your attention away from the task.

The Power of Choice

Procrastinators usually try to avoid the negative responses above by telling themselves they “just need more discipline”. That statement only makes things even worse – as it reinforces the fact that they don’t really want to do the task. We should use a different approach instead.

So, next time you catch yourself using ‘ I have to’ in your thoughts, just try this instead:

By using this empowering alternative, you show total control of the situation. By rephrasing your thoughts using choices, you take your focus away from the work involved in the task and put your attention back on the benefits and reasons why you are doing it.

Just contrast these two statements, with their implicit explanations that your brain inevitably fills out for you:

You will also reclaim the energy you were wasting by your old thought pattern and channel it back entirely into the task at hand.

This simple word substitution sounds almost too simplistic to work. But it’s amazing how it can alone break a long chain of negative and repetitive behavior. When it comes to overcoming procrastination, it all starts by being in the right state of mind.

What If I Still Don’t Want to Do the Task?

If even after using this technique you still don’t feel like doing the task, this may be a hint that you shouldn’t bother doing it at all.

Remember, now you’re dealing with a legitimate choice. Using ‘I choose…’ is not just mind trickery – you do really have the power to decide. If you end up deciding by not doing the task – so be it, then!

Live the consequences, move on and don’t worry about it anymore.