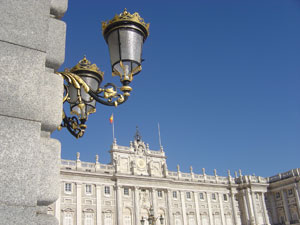 The Memory Palace is one of the most powerful memory techniques I know. It’s not only effective, but also fun to use — and not hard to learn at all.

The Memory Palace has been used since ancient Rome, and is responsible for some quite incredible memory feats. Eight-time world memory champion Dominic O’Brien, for instance, was able to memorize 54 decks of cards in sequence (that’s 2808 cards), viewing each card only once. And there are countless other similar achievements attributed to people using the Memory Palace technique or variations of it. Even in fiction, there are several references to the technique. In Thomas Harris’ novel Hannibal, for example, serial killer Hannibal Lecter uses Memory Palaces to store amazingly vivid memories of years of intricate patient records (sadly, it was left off the movie).

Of course, most of us are not in Dominic’s memory championship line of business (or in Hannibal’s line of business for that matter). But still, the Memory Palace technique is amazingly effective in all kinds of endeavors, such as learning a foreign language, memorizing a presentation you’re about to deliver, preparing for exams and many others — even if all you want is to jog your memory.

The Memory Palace technique is based on the fact that we’re extremely good at remembering places we know. A ‘Memory Palace’ is a metaphor for any well-known place that you’re able to easily visualize. It can be the inside of your home, or maybe the route you take every day to work. That familiar place will be your guide to store and recall any kind of information. Let’s see how it works.

5 Steps to Use the Memory Palace Technique

First and foremost, you’ll need to pick a place that you’re very familiar with. The effectiveness of the technique relies on your ability to mentally see and walk around in that place with ease. You should be able to ‘be there’ at will using your mind’s eye only.

A good first choice could be your own home, for example. Remember that the more vividly you can visualize that place’s details, the more effective your memorization will be.

Also, try to define a specific route in your palace instead of just visualize a static scene. So, instead of simply picturing your home, imagine a specific walkthrough in your home. This makes the technique much more powerful, as you’ll be able to recall items in a specific order, as we’ll see in the next step.

Here are some additional suggestions that work well as Memory Palaces, along with possible routes:

Now you need to pay attention to specific features in the place you chose. If you picked a walkthrough in your home, for example, the first noticeable feature would probably be the front door.

Now go on and mentally walk around your Memory Palace. After you go through the door, what’s in the first room?

Analyze the room methodically (you may define a standard procedure, such as always looking from left to right, for example). What is the next feature that catches your attention? It may be the central table in the dining room, or a picture on the wall.

Continue making mental notes of those features as you go. Each one of them will be a “memory slot” that you’ll later use to store a single piece of information.

3. Imprint the Palace on Your Mind

For the technique to work, the most important thing is to have the place or route 100% imprinted on your mind. Do whatever is necessary to really commit it to memory. If you’re a visual kind of person, you probably won’t have trouble with this. Otherwise, here are some tips that help:

Once you’re confident that the route is stamped on your mind, you’re set. Now you have your Palace, which can be used over and over again to memorize just about anything you want.

Now that you’re the master of your palace, it’s time to put it to good use.

Like most memory enhancement systems, the Memory Palace technique works with the use of visual associations. The process is simple: you take a known image — called the memory peg — and combine with the element you want to memorize. For us, each memory peg is a distinctive feature of our Memory Palace.

As described in that article, there’s a ‘right way’ of doing visual associations:

Make it crazy, ridiculous, offensive, unusual, extraordinary, animated, nonsensical — after all, these are the things that get remembered, aren’t they? Make the scene so unique that it could never happen in real life. The only rule is: if it’s boring, it’s wrong.

Although we can use the technique to memorize tons of information, let’s start with something very simple: using our ‘Home’ Memory Palace to memorize a groceries list. Let’s suppose the first item in that list is ‘bacon’:

Mentally transport yourself to your Memory Palace. The first feature you see in your mind is your home’s front door. Now, in a ludicrous way, visually combine ‘bacon’ with the sight of your front door. How about giant fried bacon strips flowing out from underneath the door reaching for your legs, just like zombies in those B-movies? Feel the touch of the “bacon hands” on your legs. Feel the smell of darn evil bacon. Is that remarkable enough?

Now open the door and keep walking, following the exact same route you defined before. Look at the next distinctive feature, and associate it with the second item to be memorized. Suppose the next item is ‘eggs’ and the second feature is ‘picture of mother-in-law’. Well, at this point you already know what to do… The process is always the same, so just keep mentally associating images until there are no items left to memorize.

At this point, you are done memorizing the items. If you’re new to the technique, though, you’ll probably need to do a little rehearsal, repeating the journey at least once in your mind.

If you start from the same point and follow the same route, the memorized items will come to your mind instantly as you look at the journey’s selected features. Go from the beginning to the end of your route, paying attention to those features and replaying the scenes in your mind. When you get to the end of your route, turn around and walk in the opposite direction until you get to the starting point.

In the end, it’s all a matter of developing your visualization skills. The more relaxed you are, the easier it will be and the more effective your memorization will be.

With just a little bit of experience, the lists you memorize using the Memory Palace will stay fresh in your mind for many days, weeks or even more.

Also have in mind that you can create as many palaces as you want, and that they can be as simple or as elaborate as you wish to make them. Each of them is a “memory bank”, ready to be used to help you memorize anything, anytime.

Associating physical locations with mental concepts is the most powerful memory combination I know. Most other memory techniques (supposedly more sophisticated than the Memory Palace) are, at least in part, based on the concept of physical locations being used as memory pegs.

Have you already used Memory Palace or a similar technique? What do you think? Any opinions or testimonials to share?