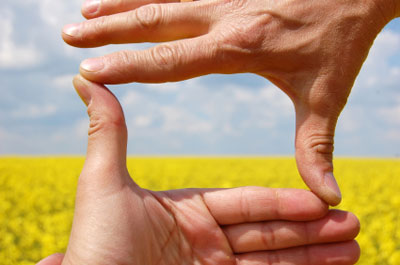 A young priest asked his bishop, “May I smoke while praying?” The answer was an emphatic “No!”

Later, when he sees an older priest puffing on a cigarette while praying, the younger priest scolded him, “You shouldn’t be smoking while praying! I asked the bishop, and he said I couldn’t do it!”

“That’s odd,” the old priest replied. “I asked the bishop if I could pray while I’m smoking, and he told me that it was okay to pray at any time!”

As this joke shows, the way you frame a problem profoundly influences the solutions you get. The same problem, when seen from a different angle can lead to a directly opposite interpretation!

On the flip side, it’s too easy to fall into thinking traps when it comes to framing. Let’s look at one of these traps — and offer some ideas on how to overcome it.

A Brief Pause for You to Save Some Lives

Let’s make a thought experiment, shall we?

Suppose the government is gearing for the outbreak of an unusual disease, which is expected to kill 600 people. Two alternative programs to combat the disease have been proposed, and you must choose which one you think is better. These are the estimates of the outcomes for each program:

Make a note of your choice.

Now suppose that, instead of those two programs above, you’ve been presented with the following two programs instead. As in the previous situation, pick the one you think is better.

Are You Being Consistent?

Which programs did you pick for the two questions above? (Hint: Most people pick A and D.)

This question was asked in a famous experiment by Tversky and Kahneman (which led to a Nobel Prize for Kahneman), with 72% of participants choosing option A over B, and 78% choosing D over C.

Well, I don’t know about you, but for me these are astonishing results!

In case you didn’t notice, programs A and C are identical, as are programs B and D. They’re objectively the same — the same number of people live and die, with the same odds — but they’re presented — or framed — in different ways!

If people were to act consistently, it would be expected they would pick either A-C or B-D. But the change in wording alone was enough for people to shift their choices from the first option to the second. Many people chose inconsistently compared with their previous choice.

And that’s how powerful framing is.

No matter how “rational” we think we are, emotions and mental images play a large part in our decisions — many times preventing us from seeing the real content behind our options.

The Problem is Not Risk Aversion. It’s Loss Aversion.

Have you ever heard that people are in general averse to risk?

People are willing to gamble — but usually only when the gamble can avoid losses.

We feel much more disappointed losing $1000 than happy when earning $1000. Saving 200 lives is good, but it is not as appealing as the possibility — even if not that favorable — of avoiding the loss of 600.

If framing has such an impact in how we decide and solve problems, what is the “correct way” of framing a problem? How can we protect ourselves from our biases? Here are four ideas.

Never accept the initial framing without at least some thought — whether it was formulated by you or by someone else.

Try different perspectives and look for distortions in thinking. Play with your problem definition.

Because our perceptual positions determine how we view things, it’s important to learn how to shift perspectives and look at a subject in different ways.

To avoid the biases of posing your problem as losses or gains, state the problem in a neutral way — one that combines both positive and negative perspectives. Make it in such a way that it is redundant, simultaneously encompassing multiple reference points as objectively as possible.

In our previous example with the disease programs, it could become:

Regardless of which of the options you end up choosing, you can now evaluate them in a much more balanced way.

Take your problem, invert it and see how you feel about it.

Check how that feels comparing to the original situation. If you notice a strong asymmetry between your feelings in both situations, this is a strong signal that you’re being affected by the framing of the question.

4. Detach yourself from it.

Check for elements in your problem that trigger disproportionally emotional responses. It’s always useful to be aware of the role our own emotions play when we make decisions. Acknowledge and express your emotions — it would be impossible not to, anyway — but don’t let them cloud your vision.

To separate the rational and the emotional components of the problem, detach yourself from it: Imagine the situation is happening to someone else, someone you don’t know. Conversely, get the opinion of other people who are not involved.

Tune the emotions down for a minute to add a new perspective to your problem. Then feel free to tune them back up.

Now, it’s over to you… Have you ever been affected by misframing a situation? Were you able to reframe it? How did it work? Share in the comments!