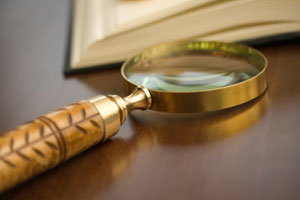 Have you ever heard of E-Prime? Critical thinkers use it as a tool to write, speak and think more clearly and accurately. Learn how you can use it to sharpen your critical thinking abilities, avoid mental traps and become a better thinker.

The term E-Prime (short for English Prime) refers to a dialect that completely removes the verb ‘to be’ in all its forms from the English language.

It turns out that the use of the verb to be alone may respond for a great deal of faulty reasoning we commonly find. Intentionally or not, people tend to abuse that verb, perpetuating a way of thinking that hinders proper critical thinking.

E-Prime helps bring awareness to how we use language and how it impacts thinking. It serves as a practical starting point for a less dogmatic way of thinking, and it goes much further than merely finding word substitutions for the missing ‘to be’s.

Now, consider for a minute how much you use the verb to be. Eliminating it from language means you can’t say sentences such as “The sky is blue”, “John is smart” or even the simplest “I’m hungry”. In fact, by my own reckoning, I estimate that about half of the phrases we say contain to be in some form.

Although we can easily reword “I’m hungry” as “I feel hungry”, in many cases the E-Prime conversion shows itself far from trivial. Before jumping right into using E-Prime, we must ponder the reasons to learn it and the benefits we may gain from not using the verb to be. Why bother with E-Prime at all?

9 Ways E-Prime Can Help You Become a Better Thinker

1. It Exposes Opinions Disguised as Facts

Consider “Beethoven is the best composer ever”, or “This is a stupid idea”. These sentences illustrate how we express opinions as if they represented established facts. Getting rid of to be helps us remember that much of what we say represents, as a matter of fact, just opinions. Consider the E-Prime alternatives for those sentences: “I like Beethoven’s compositions best”, and “I utterly dislike this idea!”.

Refraining from using the verb to be may require you provide much more detail than usual. For instance, when rewording “Jack is smart”, you could end up with “Jack scored 140 on his IQ test” or maybe “Jack earns money without working” — depending on your definition of ‘smart’. E-Prime encourages you to detail ambiguous words (such as ‘smart’), helping expose any hidden assumptions behind them.

3. It Reveals the (Fallible) Observer

The alternative E-Prime construct “The Earth looks round” shows that an observer exists — an observer that simply perceives the Earth as round — and that this observer may have flaws in perception. E-Prime brings back a certain ‘humbleness’ in language, getting rid of the “God Mode” in speech and reminding us we make mistakes.

4. It Avoids Premature Judging and Labeling

E-Prime discourages abstractions that lead to labeling and prejudice. Contrast “Mary is Christian” with “Mary believes in the existence of Christ”. While these two sentences have the same meaning, the E-prime version avoids any prejudices associated with the label ‘Christian’.

As a side note, labeling happens not only when dealing with other people, but with ourselves. If you find yourself saying “I’m a pig!”, try the E-Prime “I eat like a pig”, or, going further, “I ate twice as much as I usually do at dinner”.

5. It Brings the Role Players Back

When using E-Prime, you’ll soon notice that using passive voice can get very hard. Although this looks limiting at first, I can tell that you’ll hardly miss passive voice once you get used to it.

When you can’t resort to uncompromising statements such as “Mistakes were made”, you’ll have to rephrase it as, say, “Steve made a mistake”. Or, if you really don’t know (or don’t want to expose) the doer, you could use “Someone in this room made a mistake”. This latter statement still rises as a superior alternative to the former, since at least you explicitly point out that exists a doer behind the action.

Before using it, I believed that E-Prime would make language more convoluted, duller and less personal.

Granted, your language may suffer if you have just taken your first steps in E-Prime (like me). However, with a little bit of practice, you’ll notice that E-Prime provides an excellent opportunity for a much more vibrant and vigorous way of writing. (Or do you think I didn’t consider the verb to be before choosing provides in the previous sentence?)

E-Prime promotes not only richer verb diversity but also improvements in style, too. If forced to rewrite common sentences such as “Sarah is wealthy”, one can come up with many stylistically superior variations instead, such as “Sarah possesses many riches”.

“You’re wrong”! In E-Prime, this easily turns into “I don’t see it that way”. This style of communication immediately opens the possibility for debate, without the need to overturn the other person’s statements first. Declarations such as “I liked the movie” invite healthy discussion and the sharing of different opinions — much more enticingly than the usual “The movie was good”.

In E-Prime, we deal with perceptions, not absolute truths. And perceptions never override each other, and thus can never clash.

E-Prime can also help in the realm of creativity and problem solving. Firstly, it dissolves notions such as “There is no solution!”, turning them into superior choices such as “I haven’t found any solutions (yet)”.

More than that, E-Prime helps you overcome generalizations and get to the facts more objectively, enabling you to find solutions initially overlooked. After some E-Prime reframing, “The customer is stupid!” could become “The customer won’t buy our product even though it costs less”. The latter makes a much better starting point for coming up with solutions than the former.

9. It Exercises Your Brain

If for nothing else, try E-Prime for an excellent brain workout! Trust me, you’ll never know how challenging it gets if you don’t try it. Learning E-Prime feels exactly like learning a new language, except that instead of learning new constructs, you must ‘unlearn’ part of what you already know. It will fire up your neurons!

Before I finish this, let me say that E-Prime does not come without its imperfections. Many people expressed valid criticism, which I agree with in many ways.

Granted, E-Prime does not immunize you from falling into the traps of thinking I described. You can still state opinions as facts in E-Prime. You can still lie, deceive and express prejudice. Worse yet, you can still continue using to be implicitly, hiding the actual words but keeping it in spirit.

Also, for many people, E-Prime goes too far in eliminating to be altogether. In fact, many instances of to be don’t present any problems. For that reason, some have decided to adopt ‘lighter’ versions of E-Prime that allow some particular usages of to be.

For me, E-Prime symbolizes more a way of thinking than a mere grammar restriction. Its main goal consists of bringing a higher awareness on how language affects our thoughts — and not of enforcing a strict, blind limitation to language. It has more to do with developing new habits of thinking than with adhering to it rigidly.

Although I don’t plan to abandon regular English in favor of E-Prime, I still believe that everyone can benefit from trying it, if only for a while. Make a short trial and see for yourself how it affects your thinking and your awareness of your and other people’s language.

I barely scratched the surface when it comes to E-Prime. If you want to get practical tips on forming sentences in E-Prime, or if you want to understand E-Prime implications more deeply, the Internet has many resources for you. Let me point out some of the best I’ve found:

What Do You Think?

This article comes as my first attempt to publish an article in E-Prime. As I took my first steps in E-Prime only a couple of weeks ago, let me know if the article sounds too awkward. Thank you!

P.S.: How about leaving your comments in E-Prime?