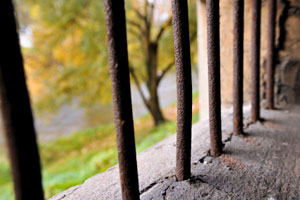 This is an article by guest writer Celestine Chua of Personal Excellence.

Do you find yourself caught in certain loops in life? Situations that keep happening which you can’t help but wonder “Not again!” or “Why me”? In this article, I’ll share a technique you can use to break out of these patterns.

For most people, whenever something negative happens, their first instinct is to brush it off as just a one-off incident or to blame the environment.

The second time it happens, they may still do the same. Third time, they may think it’s a coincidence, but it’s beginning to trigger some thought that there might be something in them that’s attracting these situations.

Fourth, fifth, sixth time… soon, it becomes clear that this has become an established pattern.

Throughout my life there have been recurring patterns. For example, one dominant trend that kept emerging when I was in school was that I was almost always late for my lectures and classes. At that time I thought that it was because I lived far away from the university and I would be on time if I lived nearer.

After that, when I started working after graduation, I continued to be late — this time for work and for meetings. This time, I rationalized that it was because there were so many things to do and the schedule was too tight.

Then, when I left my corporate career last year to help others live their best life, I switched to become a full-time coach and personal development blogger. Even then, I would still continue to be late for my appointments. Since my schedule was clearly of my own making now, it became evident that I was late solely because of myself.

There was something inside me or the way I was doing things that needed to be addressed.

Here are some common recurring, negative behaviors people deal with in their lives on a day-to-day basis. If any of the incidents below have happened to you at least five times, then it’s likely to be a pattern attributable to you:

How to Break Out of Patterns

This usually works… for a short period of time.

The issue with this method is it requires continuous expenditure of your energy to keep up the results. As soon as the external force is removed, you start to revert to your natural habit pattern. In addition, by investing external energy to address a particular area, you are left with less energy to deal with other things in your life.

The reason why that happens is because patterns occur as a result of the internal, fundamental frameworks you live by. These frameworks refer to the inner beliefs and values you hold. To get rid of these repetitive behaviors, you need to look inward, examine what triggers them, uncover the underlying causes and resolve them at the root level. The good thing is that since patterns are a result of our beliefs, we can get out of them by changing our beliefs.

Here’s an exercise which I find very helpful in gaining clarity on the root causes of patterns then addressing them. I regularly use it for self-improvement, and it has allowed me to break out of behaviors which don’t serve me, such as being late, emotional eating and not sticking to my exercise plans. I also use this in my coaching, helping my clients successfully break out of negative patterns and accelerate toward their goals.

Before you start this exercise, write down a list of negative patterns in your life, so you can better choose the one you want to get rid of.

1. List down the past 5–10 times you have been in such a situation

Start off by picking a pattern which you want to break out of. Then, list down the past five times when you were faced with it. Five is a decent sample size which lets us compare the incidents and spot similarities between those patterns. If you like, you can even list down 10 incidents just to be exhaustive!

Let’s take my example of being late for appointments. Not being on time was one of the dominant trends in the past. Whenever I went out to meet someone, it would almost be guaranteed that I would be late for appointments. The lateness would usually range from anywhere between 5 minutes to 20 minutes, or even 30 minutes or more.

2. List down the factors for each situation that led to the outcome

Now, list down as many factors as you can that led to each incident occurring. If you have a pattern of sleeping late, write down what the reason that led you to sleep late. Maybe you had work to do, you were talking on the phone with a friend, you had insomnia, etc. It may be possible that each incident has more than one trigger, so list out as many triggers as possible.

3. Identify the commonalities across the factors

Look at all the factors you have listed. Are there any common factors across the incidents? Circle them. Chances are you will find 1-2 dominant trends across all the factors listed.

In my example, the common factor was that I was always caught up with work before the appointment. While there could have been additional factors in each case, I was almost always running late because I was engrossed in getting my work done.

4. Drill down into the cause of the factors

Now, drill into those common factors. What led to these factors? For each answer that comes up, keep digging deeper to identify the underlying cause. Keep asking “Why is this the case?” or “Why is that so?” until you hit a resonating point.

Looking into why I was getting behind, I realized it was because I wanted to finish the stuff which was supposed to have been done earlier but was not finished yet. As I looked deeper into this, I found:

It is possible to have several causes behind the factors. As you work on this step, ensure you uncover as many of them as possible.

5. Identify action steps to address the cause

Now that you have uncovered the root causes, how can you address them such that they will not lead to a recurrence of the pattern in the future? Come up with action steps that will address the root causes, as well as any factors which you feel lead to the issue.

In my case, the action steps I came up with were:

As you come up with the steps, it may seem they do not address the patterns directly. For example, with my issue of being late, creating task lists may not seem like the most appropriate solution at first sight. Yet, because it addresses one of the causes (unrealistic planning), it has helped in breaking me away from the pattern. If you (a) correctly nail down the root cause(s), (b) identify the right action steps and (c) act on them, the patterns will start dissolving away in your life.

Try out the exercise and start breaking away from the negative patterns in your life! Feel free to give me your feedback — I’d love to know how it works for you.

Celestine is a personal excellence coach who writes at her popular Personal Excellence Blog to help others like you achieve excellence. She has been featured frequently in the press and is a highly sought-after coach. Some of her top articles: 50 Ways to Boost Your Productivity, 101 Most Inspiring Quotes of All Time and Cultivate Good Habits in 21 Days.