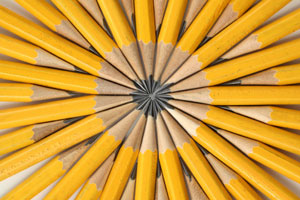 Wherever you ask, when it comes to group problem-solving, brainstorming is always the default tool of choice. Brainstorming certainly gets all the fame and glory, but is it the most effective tool for groups to generate ideas? Not necessarily.

The Shortcomings of Brainstorming

Brainstorming is by far the most widely used group idea generation tool. We all know the drill: get together in a room and let the ideas run wild while building on each other’s ideas.

One of the reasons brainstorming is so popular is because of the widespread notion that grouping people together is always more effective than letting participants work in isolation. On a first look that makes sense, but is it really so?

The fact is that brainstorming, the way it’s carried out, has some fundamental shortcomings that are hard to overcome. Here are the top 3 reasons why brainstorming usually isn’t as effective as you might think:

This is by far the number one deficiency in traditional brainstorming: only one person can speak at a time.

The problem with that lies in the fact that our short-term memory can’t effectively develop new ideas while keeping old ones in active storage. If we can’t announce our ideas because we have to wait for someone else to describe theirs, we will end up judging or editing them — or even forgetting them altogether.

Not surprisingly, this makes all the difference in our idea output. Even when we do get a chance to describe an idea, we may get to offer only one or two comments before someone else breaks in.

The larger the brainstorming group, the bigger the amount of “blocked” participants, and the fewer the ideas produced compared to an equal number of people generating ideas independently.

This relates to the fact that some group members avoid expressing what they consider to be wild ideas based on how the other members will privately judge them.

“Suspend judgment!”, “Be wild and outrageous!”, “Speak with no fear!”: this is advice that is hard to take when you’re in company of an authority figure, such as the guy who gets to decide how small your annual bonus will be.

Despite the soundness of the advice to let ideas run wild, the truth is that many groups are not mature or prepared enough to follow it. “Maybe my idea” — they think — “will be seen as way off the mark, so why take any chances?”

Brainstorming sessions can easily become an arena of clashing human personalities. True, diversity is a necessary part of effective brainstorming, but it also makes fertile ground for all sorts of unproductive behavior.

Examples? Overpowering people trying to dominate the session. Passive people speaking the minimum possible to get by unnoticed. Stubborn people getting overprotective about their ideas and not accepting others’. Fearful people being reticent and evasive, and only presenting safe ideas. The list goes on and on.

The bottom line is that personality differences, if not dealt appropriately, can harm more than help problem solving.

As in traditional brainstorming, in Brainwriting everyone sits at a table together to simultaneously tackle a problem. The difference is that in Brainwriting each participant thinks and records ideas individually, without any verbal interaction. As we’ll see, this small change results in a fundamental difference in the idea generation effectiveness.

Here are the steps in a typical Brainwriting session:

So, what does this small change of having the ideas written, instead of spoken accomplish?

To be fair, there are ways to make traditional brainstorming work better (that may be the theme for a future article). However, using Brainwriting is always my preferred choice, as it often generates many more ideas and it’s way easier to get it right.

Here are some additional recommended resources on Brainwriting:

Also, to make sure you don’t miss complementary content, such as templates for Brainwriting and idea-generation in general, sign up for the free Litemind Newsletter.