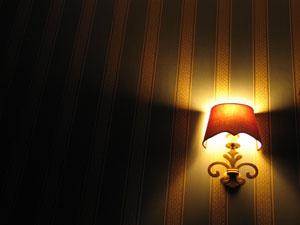 What’s the secret creative geniuses share to come up with their remarkable ideas?

Even though idea generation may look like a somewhat mysterious and random process, there is a practical, simple lesson we can all apply to increase our chances of having great ideas.

Everybody wants to have great ideas, but have you ever wondered what an idea is?

If you haven’t, take a few moments to think about it. The answer is probably simpler than you initially thought: ideas are connections.

Any idea, no matter how trivial, is an association between previous, established ideas. These connections happen in our minds all the time – often spontaneously and below our level of awareness.

Another interesting characteristic of these connections is that you can’t predict anything about them beforehand. Many times, ideas are formed by associating two completely unrelated concepts, and in unexpected or unusual ways. To create the movable type, Gutenberg connected the idea of the wine press and the coin stamp. To create the concept of a mass-circulation newspaper, Joseph Pulitzer combined large-scale advertising with high-speed printing. Great ideas may even seem to be random at times – but that doesn’t mean that there’s nothing you can do to develop them.

Because of the randomness in idea generation, having great ideas is not a task that can be approached directly. The only way to increase the likelihood of having great ideas is to increase the amount of ideas that you have at your disposal to form connections. Ideas, no matter how simple, are the raw materials for higher-level ideas. The more ideas you have, the more material your mind will have to associate and generate a good one. Nobel prize-winner Linus Pauling summarized this effective strategy in a single sentence:

The best way to have a good idea is to have lots of ideas.

Being prolific, then, is the key to have great ideas. In creativity matters, there’s no tradeoff between quantity and quality: it is only through quantity that you get quality.

We should abandon the myth of the genius that only has great ideas. It seems that every piece of work created by a genius is brilliant, but that happens because only their greatest creations get any publicity at all. The truth is that they could never have generated such brilliant creations without being tremendously productive. Consider these examples:

Another interesting fact about breakthrough ideas is that their quality is completely unrelated to the quality of other ideas by the same person. As a matter of fact, if you look at many geniuses’ most prolific periods, you’ll find a common pattern: it was exactly when they produced their masterpieces that they also produced their greatest failures.

Great innovators, then, don’t seem to care about having remarkable ideas: all they care about is having ideas – any ideas, lots and lots of them, anywhere and at anytime.

How to Have Tons of Ideas

If the best way to get quality ideas is by creating them from a vast pool of ideas, then our job is to have as many ideas as possible. Here are six tips that can help you develop an “idea abundance” mindset:

1. Expect to Have Ideas

The first step is to get rid of common beliefs such as “I’m not a creative person”. Drop any preconceived notions that ideas are reserved just for a privileged few. That’s often enough to have ideas start coming to you.

2. Welcome Dumb Ideas, or Any Ideas for That Matter

Your focus should never be on having great ideas. Always strive for quantity. Most people don’t ever try having ideas because they’re socially afraid to have their ideas labeled as “stupid” or “dumb”. Get over it: your ideas that are regarded as dumb today may be the foundation for a groundbreaking idea tomorrow. And when you eventually have such an idea, nobody will remember your less successful ones. (And on the matter of being afraid to show your ideas, keep in mind that teasing is a disguised form of shaming, of others trying to throw you off balance.)

3. Expose Yourself to New Experiences

Your senses capture the basic information that your mind uses to generate associations. The more you expose yourself to different situations, people and places, the more fuel you will give to your mind to make connections. Learn to welcome variety in your life: travel, try out new foods, read magazines you usually don’t. Just don’t be afraid of doing things differently.

Get in the habit of capturing all your ideas. Use a paper notebook, PDA or voice recorder. It doesn’t matter how you capture them, just make sure that you carry your idea capturing tool everywhere you go. If you don’t capture your ideas the minute they come up, it’s guaranteed you’ll forget most of them – even worse, you won’t even be aware that you had ideas in the first place. Also, each time your mind notices you’re paying attention to its ideas, it rewards you with more ideas.

5. Be Thankful for Ideas

Every time you have an idea – any idea – be thankful for it. By developing this habit, you create an additional positive reinforcement that works as a “pat on the back” of your mind, encouraging it to produce even more ideas.

6. Realize that Ideas Come in Bursts

It’s perfectly normal to go through several days and not having one single idea. But then, suddenly, ideas will come to you one after another, just like a surging river. Sometimes, the ideas will come so quickly you’ll barely have time to write them all down. Don’t worry about the natural slow times, but make sure that you take full advantage of those idea bursts when they come.